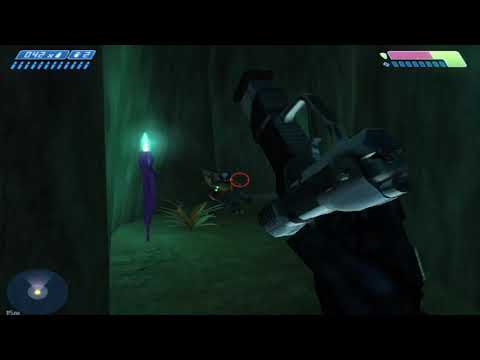 Rate This Video!
Author: Juls
Description:▼▲▼▲▼▲▼▲▼ OPEN & READ ▼▲▼▲▼▲▼▲▼\nPossibly the shortest custom single-player map on all of Halomaps. It's quick to run through, but could be very challenging on Legendary difficulty (I didn't bother trying for the sake of wanting to just get a simple completion). There isn't really much to review when it comes to this map, so I'd recommend playing it for yourself. You can download it from the link below, and also read the author's description. According to the creator, this map was part of a mission that was supposed to be much longer.\n\nMap Name: DesTew Single Player (DTSP)\nAuthor: DSalimander\nDownload Link: 's Desc: \nAbout: \nThis single player level was originally meant to be a part of a larger level consisting of at least four more BSPs that focus on infiltrating and blowing up the Covenant Cruiser. That level was then going to be a part of an even larger three map series mini campaign. The BSP was modeled by me several years ago when I first attempted plane modeling and thus came out fairly poor. The campaign's progress slowed down as I realised that I could not finish this project in a timely manor while maintaining the level of quality I was aiming for. The mini campaign idea was discarded and so was this BSP up until recently when I decided to finish the perfectly usable BSP and just release it for showing off. I would normally explain the backstory of this project, but the level has drifted too far away from my original storyline; feel free to make up your own story for it. Everything in the level was done by me except where explicitly noted in the acknowledgements. The map's title, \"DTSP\